Tolkien and the Peninsula of Djursland

Did you know that J.R.R. Tolkien immortalised a number of local myths and names of places around Denmark, and in Djursland in particular in his famous, major literary works The Hobbit, The Lord of the Rings, and Silmarillion?

By Casper Clemmensen, historian and author of the book "Tolkien og det mytiske Jylland" (Tolkien and the Mythical Jutland)

Tolkien began his career as a linguist at Oxford University, where he specialised in the Scandinavian languages and place names dating back to the Viking Age. He was fluent in Danish reading as well as writing, and he spent a great number of years studying Danish ancient history. During his studies, he was inspired by the Danish mythical kings and names of places that he read about.

A great example of this is the name Aros, Aarhus’ original Viking name, which Tolkien later included in his incredible works. Here, Aros appears as a famous river that separates the elvish realm from the territory of the giant spider, Ungoliath.

The Aros name is unique and not related to anything else than the city in the Aarhus bay. The fact that he uses the name Aros is incontestable proof that Tolkien did in fact use names of places found around Eastern Jutland.

Read more about Tolkien’s fascination by Eastern Jutland, his use of maps, and the Danish myths.

Here, you will find some of the names of places that according to Casper Clemmensen may have inspired Tolkien. Explore a map or read more about Tolkien’s fascination by the peninsula of Djursland and Danish myths. 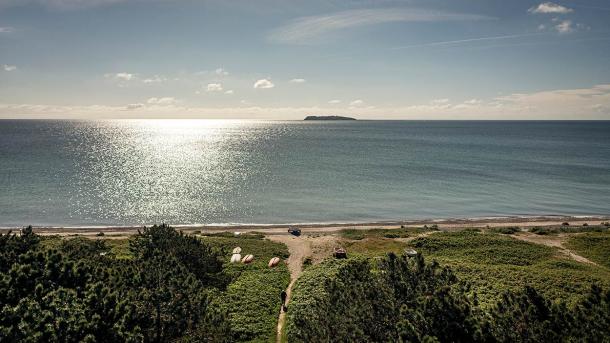 In the sea between Djursland and the island of Hjelm, you will find the strait of Hjelm Dyb. During the Viking Age, this was an important sea passage for the Danish fleet on its summer raids to England, Ireland, and Normandy. An expert in the Danish Viking Age, Tolkien probably fell so deeply in love with the name Hjelm Dyb, that he chose to include it in The Lord of the Rings as the famous Helm's Deep, gathering place for the Rohan people to fight in the vital battle against the hordes of Saruman. 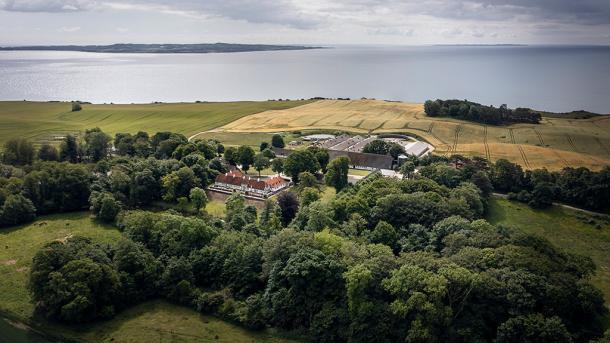 By Begtrup Vig in southern Djursland, a historical manor named Isgård can be found. By studying old maps, Tolkien probably came across this place and was inspired by the meaning of the name. ”Is” is in fact and old Anglo-Saxon word meaning iron and fire, even though the sound of it leads you to thinking of ice and the cold. This may have fascinated Tolkien so much so that he transferred the name to his own tales as ”Isengard” – a place that is in fact characterised by the goblin’s production of iron.

The small idyllic village of Eskerod is found in southern Djursland. It is highly likely that Tolkien discovered the Eskerod name during his lifelong studies of Jutlandish maps and then included it in The Hobbit in its original Old Norse form, ”Esgaroth” – the town that is attacked and destroyed by Smaug the fire-dragon. 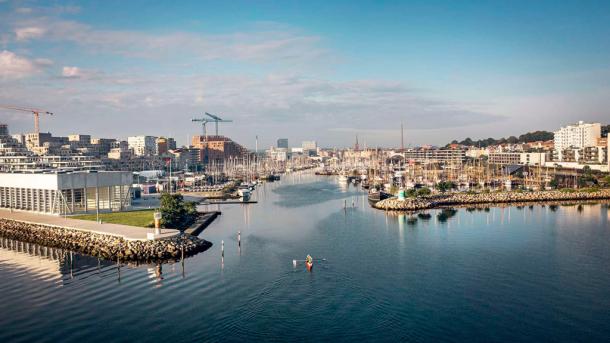 In the Viking Age, Denmark’s second city, Aarhus, was called Aros, which means ”The city by the mouth of the river”. Tolkien was so fascinated by the Viking name of Aros, that he used it as the name of a large border river in Silmarillion. Here, the Aros river is an age-old demarcation between the realms of the elves and the giant spider, Ungoliath.

Much More Tolkien in Djursland 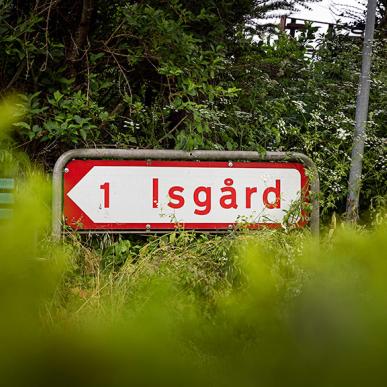 Isgård is embedded in rolling, green landscape in which winding paths will take you 10 km around the beautiful scenery if you would like to explore the area on an incredible hike.

Take in the View of Hjelm Dyb

From the vantage point of Jernhatten, you get to see Hjelm Dyb unfold. Here, the island of Hjelm appears in the distant horizon, and unlike in Tolkien’s Helm’s Deep, everything here is pure bliss.

See the Places that Inspired Tolkien

Walk in the footsteps of Tolkien and visit eight locations in Djursland where you will find lots more information about the writer’s fascination by Denmark and Djursland.

Eat and drink on Djursland