Angling in Gudenåen and Randers Fjord

Gudenåen and Randers Fjord offer fantastic varied fishing. The transition from the Gudenå system to the salty bay water provides a wealth of fish species to hunt. The fishing grounds are many between the green reefs both along the Gudenå River and along Randers Fjord. Good luck!

Randers Fjord is an extremely exciting and unusual fishing water. On the one hand, the fjord is very long and very narrow, and on the other hand it houses almost all Danish fish species on its long run - fresh as well as salty. This is due to the course of the fjord, which ranges from the fresh Gudenå innermost to the salty Kattegat. And the fact that Randers Fjord becomes a fjord where it meets Grund Fjord. Until then, it is almost to be regarded as an extension of the river Gudenå - with a content of pure fresh water and clean freshwater fish.

There are good fishing opportunities throughout the harbour area. In the harbour there is the possibility of catching perch. In Nordhavnen, there is a good catch of sand species during periods, which can however be difficult to lure. The dam at Støvringgaard Kloster attracts many fishermen in the spring months. The fishing is mostly done with worms and bottom lines, and the catch consists mainly of sea trout and hero.

Outside of the owl houses, Randers Fjord meets Grund Fjord. Here are a few small islands, which with steep slopes and hilly bottom throw many sea trout off themselves in spring and autumn. At the small ferry Mellerup you can cross Randers Fjord. You can also launch your boat and from here you can fish a good part of the fjord's best places.

Immediately north of Mellerup - but on the east side of the fjord - lies the Kanalø. Behind the Kanalø lies the excavated sailor for the fjord's heavy shipping traffic. In front is a large and hilly area where alternating mussel banks attract many fish - scrub as well as perch and sea trout. Especially in the streams north and south of the long and narrow island you often catch fish.

At its mouth in the Kattegat, the fjord is only a few hundred meters wide. Therefore, there is a fixed ferry service. In contrast, the current is so much stronger and the water correspondingly deeper. Fishing is primarily from boat on the edge of the sailing channel - from Udbyhøj and outwards towards the open sea. If you are not afraid of long walks in waders, both sides of the fjord - with few exceptions - can be de-coasted. However, beware of soft-bottomed areas.

At the farthest point where the fresh water from Randers Fjord meets the salty water in the Kattegat, lies Sælhundepollerne. Several small islands along the gutter on the north side of the fjord make up the only dry land for tired sea trout fishermen. The trout pull close by and they can be reached with a short fly. Beware of the occasional very strong current. The bottom falls abruptly and can slip away under one. 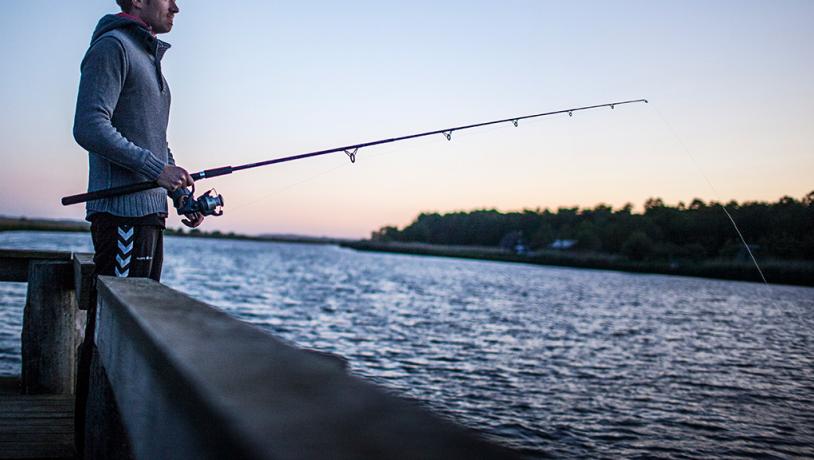 Angeling in the river Gudenå

These can be purchased here. You can buy the national fishing license online here.

It is a great pleasure to go with a spinning rod along the river looking for the places where the fish hide! The Gudenå River system is also more than the famous salmon and sea trout. There are fine stocks of sand, pike and perch, among others.

The Gudenå River at Langå

The stretch between the two railway bridges in Langå is one of Gudenå's most popular fishing spots. Here the sea trout stops, which must go up in the Lilleå River to spawn. More than half of all Gudenå's sea trout need it. There is therefore a congestion of both fish and anglers on this piece.

The Gudenå River at Frisenvold

Another good fishing spot is the Jernbanesvinget, where many fish are landed throughout the season. There are just as many fish at the Husmandsbrinkerne further downstream. Already in 1443 there was a salmon farm near Frisenvold. In the river there are remains of the old pile rows, which today form good stands for the rising fish.

The Gudenå River at Stevnstrup

At Stevnstrup are two major turns that have thrown away many "Greenlanders" - glossy, non-mature sea trout just around the minimum - over the years. Downstream Stevnstrup decreases the current and the Gudenåen now changes character from river to river - the only one of its kind in Denmark.

The Gudenå River at Fladbro

At Fladbro, Gudenåen receives water from Nørreåen. Where the two rivers meet, there are good stands for fish. Here, however, pike, perch or species of goats are most likely to go to the bite - more often than salmon and sea trout, which is more common here. At the motorway bridge, there is a lot of fishing and catches with fish. Most pike, perch and sand species, but also some salmon and sea trout on transit.

The Gudenå River at Randers

In winter, many white "Greenlanders" are often taken inside the town of Randers. The fishing takes place partly at Justesens Lawn near Randers Regnskov - partly at the harbour itself, where in addition to the sea trout, both perch and sand species are caught.

More information about angeling in Randers 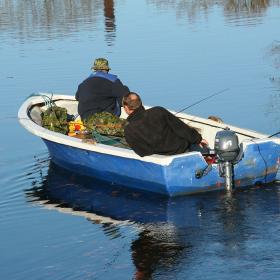 Fishing in Gudenåen and the Silkeborg lakes requires a national as well as a local fishing licence. If you are between the ages of 18 and 67, you must... 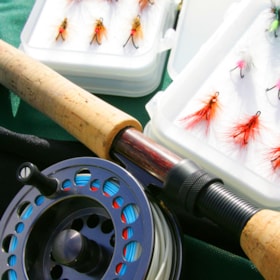 Lystfisk.dk is a 400 square metre shop in Randers, where you can rent your equipment and choose from their wide selection of fishing gear. At Lystfisk... 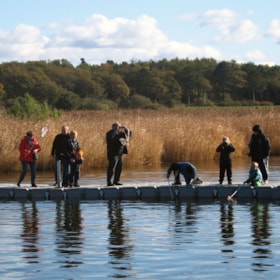 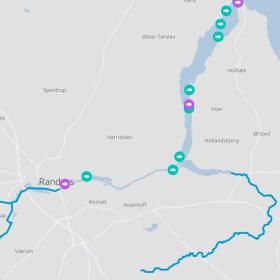 At FishinginDenmark.info you will find information on fishing spots, weather and water conditions, seasons, and species.

What to see next …