Go exploring in Dicte's footsteps – go chasing criminals with her and looking for clues in the murder mysteries set in Aarhus.

The successful Danish crime series 'Dicte' takes place and is shot on location in Aarhus.  Here is some inspiration for you for a unique tour of the locations in and around Aarhus regularly frequented by Dicte.

Dicte works for the newspaper Dagbladet. The newspaper's editorial office is located in a building on the corner of Harald Skovbys Gade and Åboulevarden, on top of Herr Bartels. Dicte and her friends frequently meet in one of many cafés in Åboulevarden. 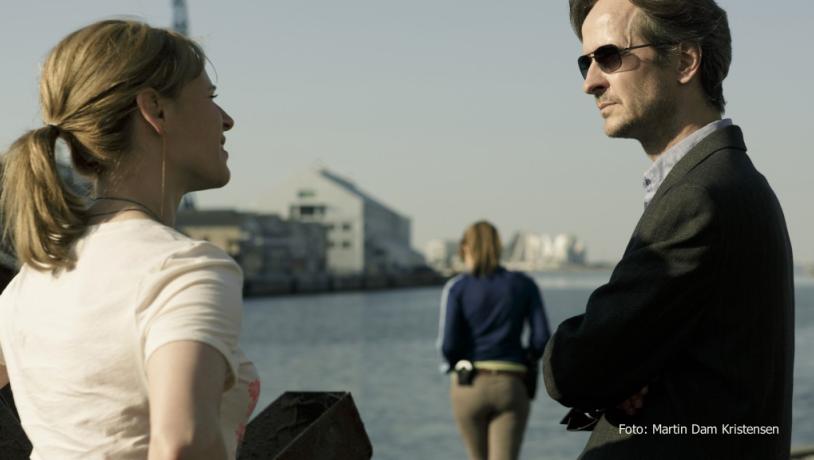 The body is a Bosnian woman who is found murdered in the inner pier arm section of the harbour known as the 'Mellemarmen'. You can stroll out to the pier and see if you can spot some of the locations.

In the TV series the body is found near a discotheque. In today's Aarhus there is no discotheque on the harbour, but there was one when Elsebeth Egholm wrote the crime novel 'Personal Damage' with Dicte as the protagonist.

One afternoon after work, Bendtsen and Wagner find themselves on the roof of the multi-storey car park next to the Salling department store.

You too can make your way to the roof of the Salling's parking house to take in the great views of the city centre.

In episode one of the TV series,Rosameets with her boyfriend in Mølleparken to talk to his previous girlfriend. She is an outcast of society, and for many years this social group has been a fixed part of the cityscape in Mølleparken.

In connection with the re-opening of the river the area has been renovated, and due to the park's central location between the Strøget pedestrianised high street and ARoS it is a popular rendezvous-point for the city's residents, particularly in summer when people can relax in the open spaces and grassy areas of the park. 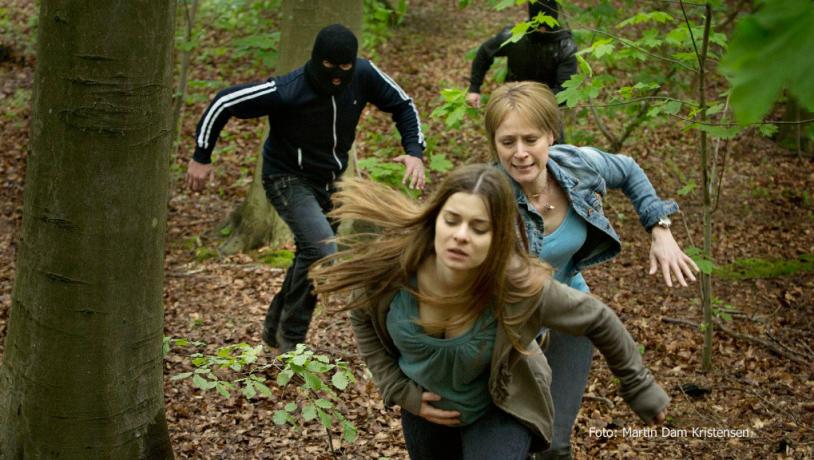 The Marselisborg Forests served as a setting when the scenes were shot for Dicte's attempt at rescuing a pregnant woman from being kidnapped. Follow in the footsteps of Dicte through the beautiful Marselisborg Woods to find the location where the scenes for the TV series were shot.

This scene was filmed in the elevated area above the Ballehage beach. To get there you go along Ørneredevej from Strandvejen through the Marselisborg Woods until you reach the bus stop at Ballehage. There is a plateau above the beach with the toilet facilities in and around which the scenes were shot.

Be sure to explore the area and take the steps down to the lovely bathing beach.

Wagner and Bendtsen are criminal investigators. Their place of work is the Aarhus Police Station. Dicte and Wagner often bump into each other at the police station in their efforts to solve the crime mysteries, frequently resulting in confrontations between the two because of their distinctively different ways of tackling the problems they are faced with.

This area is a great place for an alternative walk to take in urban life with the bustle of industry in the harbour, the graffiti and the street art.

The witness - who is he?

Dicte receives a phone call from an inmate at the court detention house who has got a tip in a case. Dicte wants to know what it is and goes to see the witness. She cannot, however, find out if the witness is telling the truth, or what his motive is for wanting to talk with her.

Aarhus City Hall is a distinctive building on the Aarhus skyline, both in the TV series 'Dicte' and in real life. Dicte often visits the City Hall while investigating the crime mysteries.

Dicte's friend Anne works in the maternity ward at the old Aarhus District General Hospital. Dicte often turns to her for advice or for help to get a wound attended to. Several of the scenes in the TV series are shot here, and you can go exploring the now vacant hospital area to see if you can recognise any of the locations.