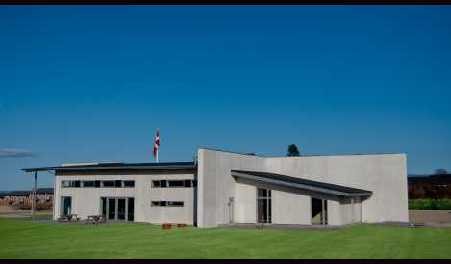 The Danish Missionary Union is an Evangelical Christian Free Church with 2000 registered members distributed on 22 movements. It was founded in Aalborg in 1888 and originate from the religious revivals of the 19th century. The Missionary Union originates geographically from the Northern parts of Jutland, Thy, Hanherred and Vendsyssel.
Unlike the union "Indre mission" The Danish Missionary Union has dissociated itself from the established church. The principal elements were from the beginning an individual belief in Jesus Christ as the Saviour as well as the public acknowledgement of the gospel and the Bible as guidance to the members´ rule of life.

In Aarhus The Danish Missionary Union are represented by Saronkirken (the Saron Church). The Movement has been called "Saron" since 1933, the year in which a chapel was built.