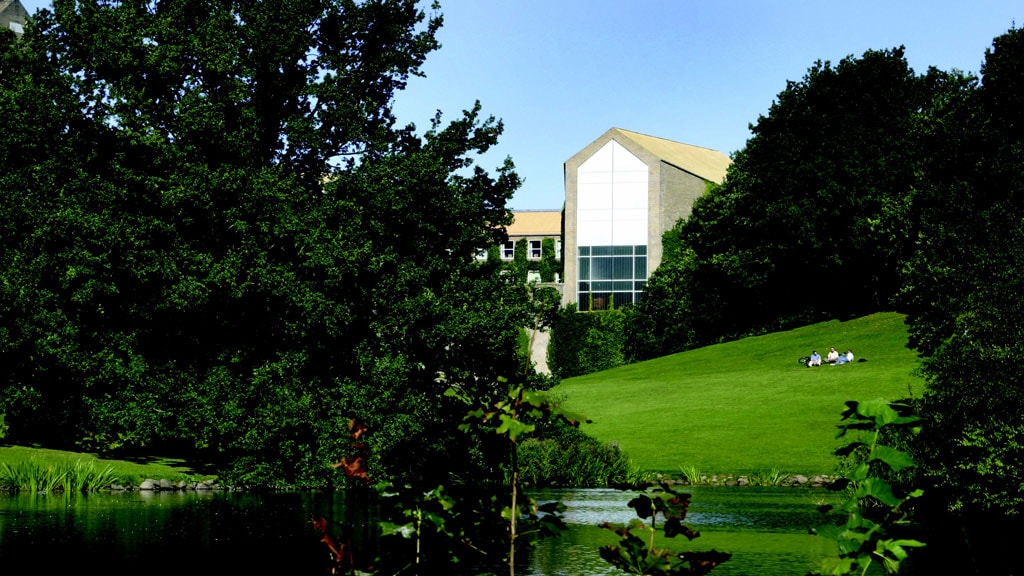 The route is particularly suitable for walking or running.

The park by Aarhus University

The Universitetsparken is placed in an open cleft dominated by a well trimmed turf with scattered oaks that form an open wood of oaks with many birds. In the centre of the Universitetsparken, there is a brook that continues through the Vennelystparken where nature has been given a freer rein.

On the way, you pass big and small lakes with all the birds that traditionally live by park lakes, for instance ducks, seagulls, coots and grey herons.

For the whole family