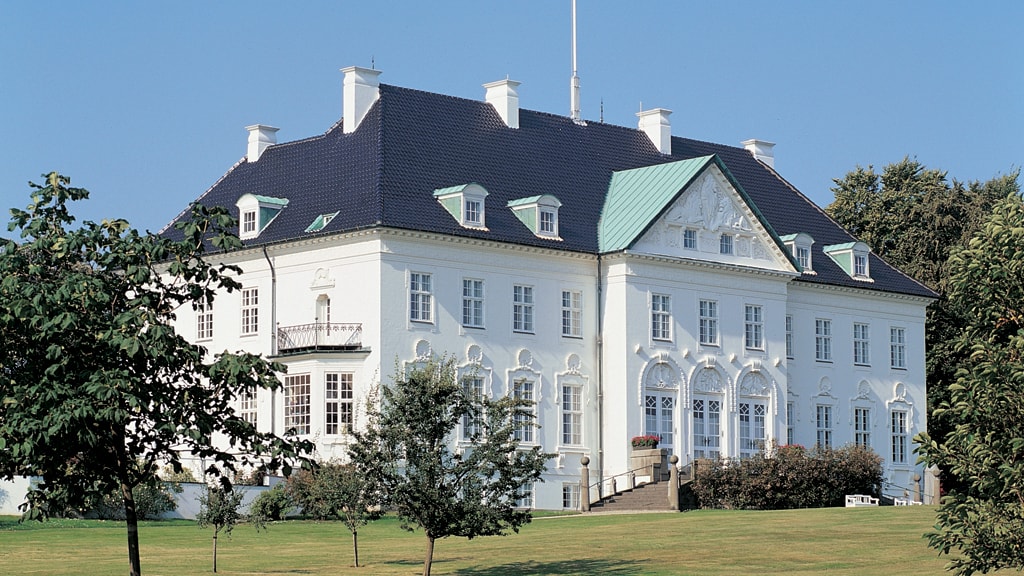 Marselisborg Palace was given by the people of Denmark as a wedding gift to the Crown Prince Christian (later Christian X) and his consort Princess Alexandrine. They used it as their summer residence. The current palace was rebuilt in 1899 – 1902 by Architect Hack Kampmann.