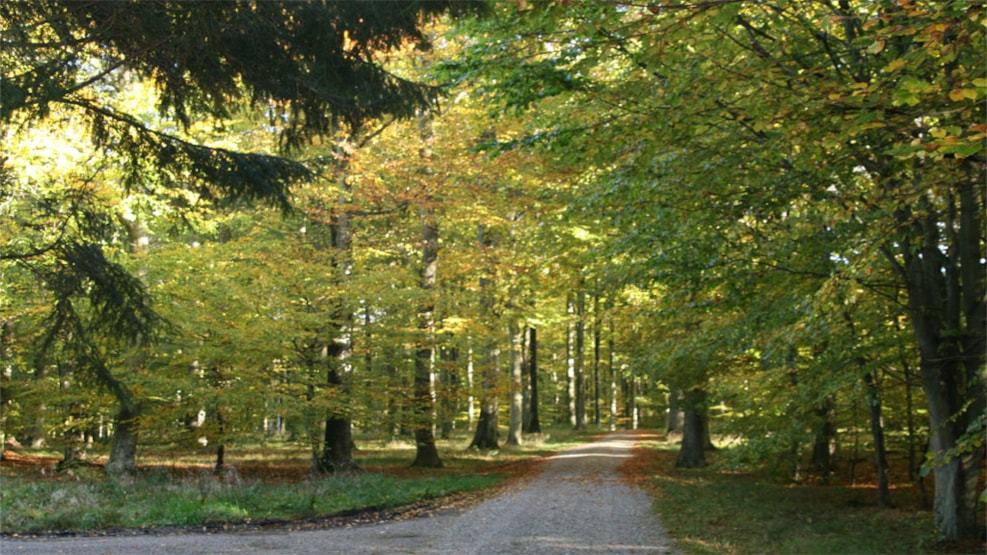 The woods on Kalø

The woods on Kalø.
Versatile forestry. It is of vital importance to the wildflowers and animals how well the wood is looked after, also, for instance, what kinds of trees are planted. At the end of the 1980s, new theories arose about versatile forestry, where outdoor activities, as well as biology and finances, are taken into consideration. These theories will be tried out in the woods Ringelmosen and Hestehaven. Ringelmose Wood will still be looked after in the traditional way, which means the production of wood as the main purpose. Hestehave Wood will be looked after according to environmentally correct principles, which, among other things, means no weed control and fertilization. The trees will mainly consist of hardwood trees like beeches an oak. The experiment gives possibilities for different experiences and to evaluate what effect the silvicultural system has on wild plants and animals.

New Beachwood
In several places in the woods – for instance, by the memorial stone of Baron von Jenisch – there is a very open Beachwood, which is fenced in to keep out the deer. There are areas with new self-seeded Beachwood. It is wet clayey soil and therefore it can be difficult to make the young beeches grow. After some years the growth will be as good as in the best Danish woods.

Dead trees
Many places in the woods there are remains of tall, dead beeches. Part of the trees had their tops snapped off in stormy weather, but they will remain standing because insects and birds use them as a habitat and they are a source of food. Many species of birds feed on the insects living in these dead and rotting trees. The many small holes in the trunks bear witness to the woodpecker being one of them.

80 protected monuments are recorded and they represent the whole period from the Stone Age to historical times. 54 of the ancient monuments are barrows, many of which are big and characteristic. Excavations in the northern part of Stegelykke and Kirkevangen show remains of brick kilns and the village Bregnet that lay the groundwork for Rønde. The brick kilns produced bricks for building of Kalø Castle

The ruins of Kalø Castle
The Castle of Kalø - formerly an island, now a peninsula - was erected about 1313 by the Danish King Erik Menved.
It is one of several fortresses built around Århus Bugt (bay) to control the people of this area and defend it against intruding foreign powers. The Swedish King Gustav Vasa was kept prisoner here in 1519.