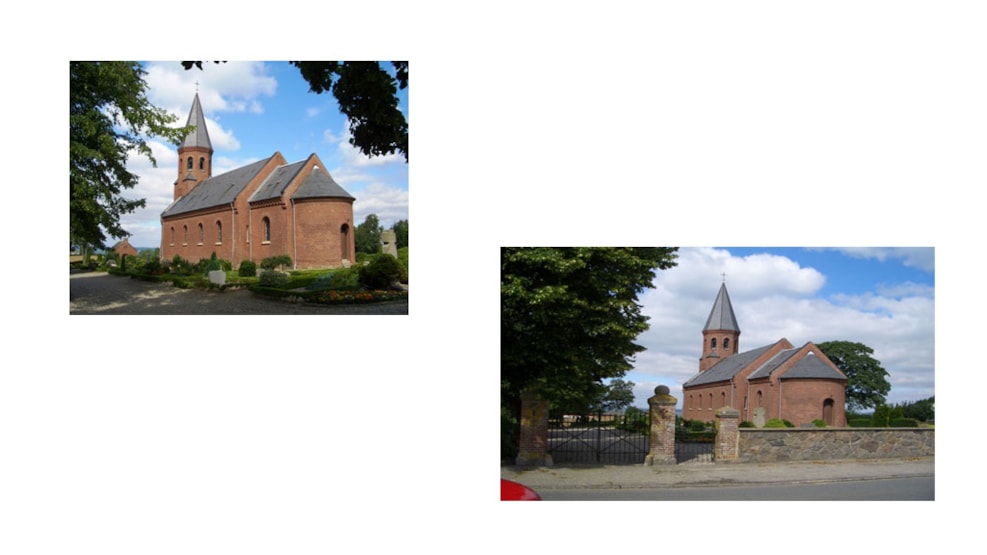 On September 8, 1907, Vrinner's Church was consecrated. From 1900 - 1917 the parish priest in Rolsø and Knebel parish was named Viggo Tage Jensen. Together with six prominent citizens of Vrinders, he formed the committee which actualised the construction of the Church of Vrinders (from 1920 Vrinners) at the beginning of this century.

When Vrinner's city first grew in the 20th century and more craftsmen and merchants came to the area, the idea of ​​a new church came up. The distance to Roelse Church (later Rolsø) is about 2 km, and for those who did not have horses or could get a lift, it was a long way to go.

Rolsø Church was built in the Middle Ages, around the year 1175.

Today, only the porch is preserved. The other part of the church was demolished in connection with the construction of Vrinner's Church in 1907. At a time when King Valdemar the Great ruled Denmark, the chivalry flourished and the first folk songs saw the light of day, it was decided to build a church in Roelse Parish.
But where should the church be? Initially, construction began on the meadow Klokkerholm, but what the craftsmen got to hand during the day tore down the trolls the following night, or that is how the story goes.

The parish residents decided that other powers should determine the location of the church. Two heifers were tied together and released at dusk. Where they found them in the morning, the church had to be built.
The two heifers must have had a view of beautiful scenery, because on the flat hilltop overlooking Kaløvig, Knebelvig and Mols Bjerge, where only the old porch today remains, the heifers lay asleep when the sun rose.

With only just over 100 years, the church is clearly the youngest of the churches on Mols. The church is built in Romanesque style, which is clearly seen on the many round arches that go back both in the interior and the exterior.

The altar of the church is in the Dutch style with blue tiles from the Royal Porcelain Factory. It was originally given in 1941 to Sct. Mikkel's Kirke in Slagelse, but was passed on and erected in Vrinner's Church in 1957. Previously, the old altar from Rolsø Church had been used, as well as a pulpit and baptismal font originated from Rolsø.

The baptismal font is perhaps the most interesting part of the inventory, as it may have been made by the rock master Horder, whose characteristics are twists very similar to those adorning this baptismal font.