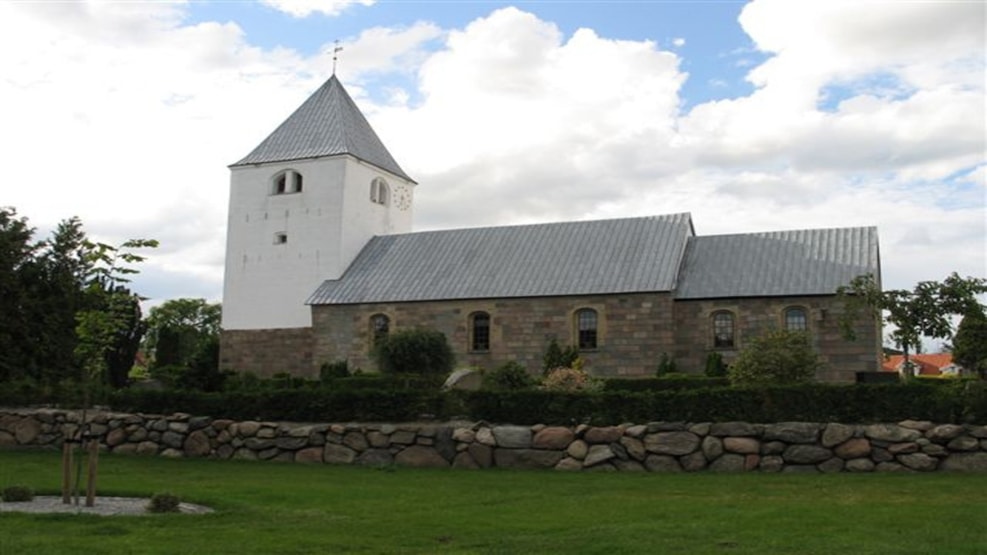 The church consists of the choir and ship, tower to the west and porch to the north. The choir and ship are from Romanesque times, likely built during the Valdemar era, 1100 -1200, of beautifully carved granite squares on a sloping plinth. The church originally had two doors, a man's door on the south side and a woman's door on the north side. The man's door has long been walled, but there are clear traces of it in the ship's south wall.

In Gothic times, 1400-1500, the original flat beam ceilings were replaced by vaults - two in the choir and in the ship's three-bay cross vaults, just as the choir arch was changed to the pointed arch. The powerful tower and church porch originate from the Gothic times. The tower has the typical pyramid roof and is built of granite squares and monk stones. In the southern corner of the tower is a board game carved into one of the beautiful granite squares. It is likely a symbol of the builder who built the tower.

In the tower arch, is a Roman tombstone with a cross that is supposed to be older than the church itself.

The vaulted subspace of the tower opens to the ship in a pointed arch. The large church porch of the monk stone was erected in two stages, the original building of the late Middle Ages being elevated with an upper log deck adorned with a glare. The roofs of the church are covered with lead and the paving stones are glossy with white brick masonry.

Open during the sexton's working hours