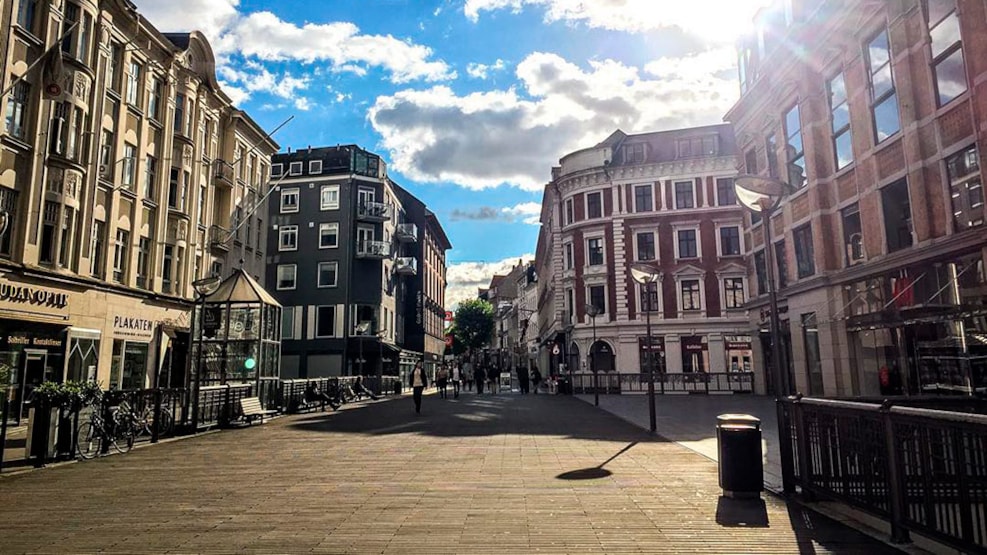 The first bridge crossing Aarhus Å (Aarhus River) at Skt. Clemens Torv was built more than 100 years ago, when the old part of town was to be connected with the new part around the railway station.

The project and especially the price was widely discussed, but finally in 1881 the building could start, after the citizens had organized a private subscription and the businessman Hans Broge had given a large sum of money to the project.

The bridge was designed by the harbour- and town engineers of Aarhus, while royal building inspector Th. Walther designed the ornamentations of the bridge.

During the last 100 years, the bridge has been changed several times, the last time was in 1982, when the town council decided to build a new bridge.

The old steel-constructions needed to be replaced by new ones, and the area under the bridge had become too dark and gloomy.

The new bridge, designed by the city architect Ole Oestergaard and the engineer company Carl Bro A/S, is just as much a street as a bridge. The bridge construction is just as broad as Soendergade. The bridge itself is carried by several concrete columns and the two side bridges between the main bridge and the houses are carried by steel columns, formed like trees.

The area under the bridge has become much more attractive. There is more light and if you walk down the stairs or go down by the elevator, you will find yourself on an intermediate level under the main bridge, where you will find a restaurant and bars.