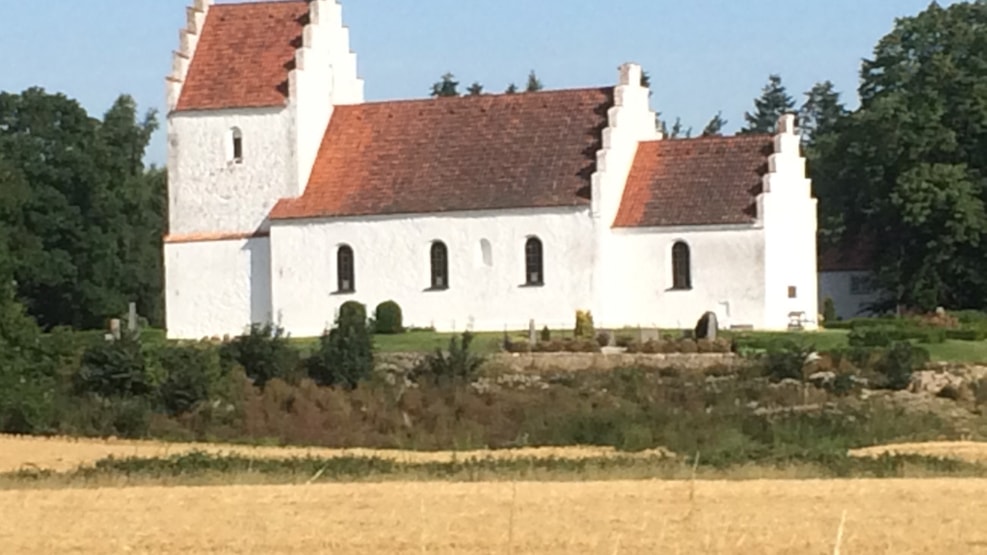 The chalkstone used for this church is characteristic of the Greenlandic churches.

The church consists of ship and choir, tower to V. and porch to N. Ship and choir are originally from Romanesque times of chalk quarries, with masked arcade gallery along the roof. At the end of Gothic time, the tower, of raw granite and brick, was added with a vault. Subspace and point arch into the ship. At the same time, vaults were built into ships and choirs. Later, the ship's outer walls were rebuilt time after time so that the chalk quarries were removed and the porch was erected. The choir, with apse, was broken down in 1864 and a new one with straight gables erected, of red brick. An altarpiece from the late 18th century, with a painting (The Supper). Romanesque granite baptismal font with expensive shapes. The pulpit from the late 17th century. The organ is from 1858. Under the choir, there is a funeral for Owners of Rugd.