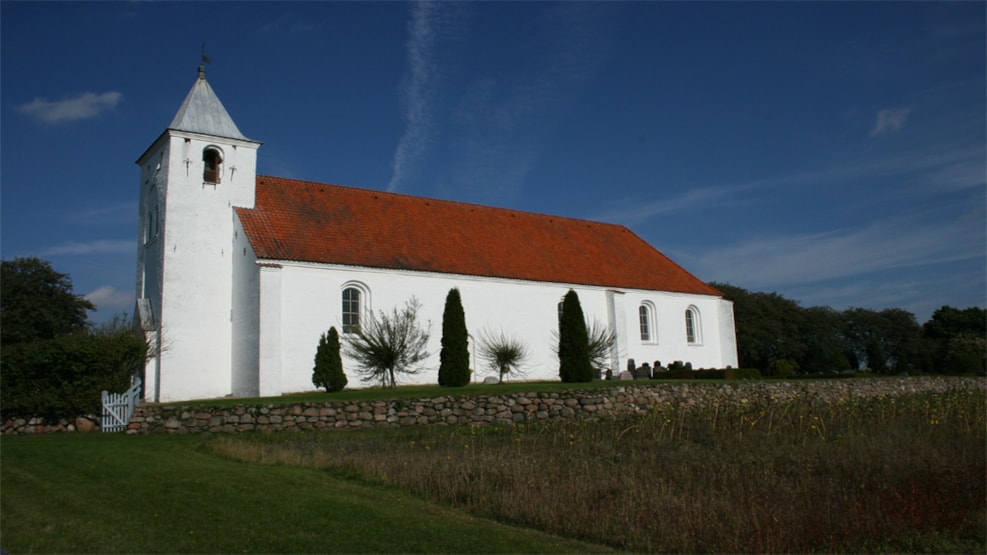 The church is an exceptionally large and spacious village church, especially when considering that the parish has probably always consisted of the two small villages, Fuglslev and Gravlev.

The church is beautifully located on meadowland. The church was called the Church of Our Lady during the Catholic period.

The church is a former Romanesque church (1100 - 1200s), that was built of raw and split fieldstones, which can still be seen in the northern wall. The church has a Gothic longhouse with a pyramid-roofed tower on the western gable.

The south side of the church as well as the choir were broken down in the late Gothic era and then extended towards east.

The tower was originally open to the west with a rounded arcade, as at many other churches in Djursland. It is not known when the tower, that was built in monk stone, was built, however, a good estimate is that it happened around the 16th century.

The key can be borrowed. See notice at the Church.