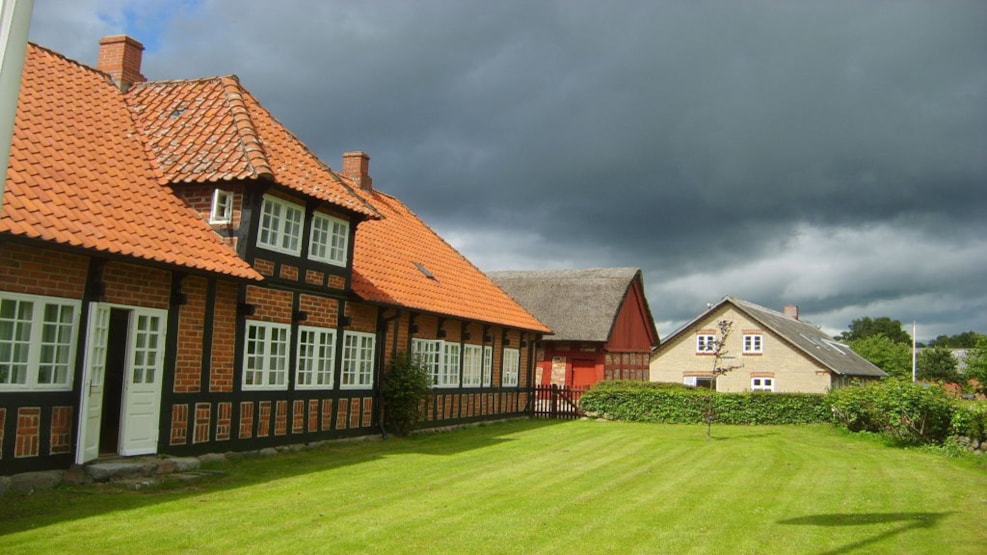 The Vicarage of Feldballe
The Vicarage was built in 1688 and is now scheduled as a historical monument. The oof and the brickwork were replaced in 1928, but the timber is still original. The thatched building north of the parsonage is a so-called "barfred". Its history is not fully known, but it is somewhat older than the parsonage. Under the eastern end is a stone cellar, which has functioned as a dungeon. The whole building is called "the Barn of King Hans", as it is told that king Hans (1481-1513) slept in it during his journeys in his kingdom. Close to the village of Feldballe are the lakes of Øjesø, Lillesø (also called "Dråben") and Lanesø. It is possible to walk round the lakes in the beautiful landscape of the area.