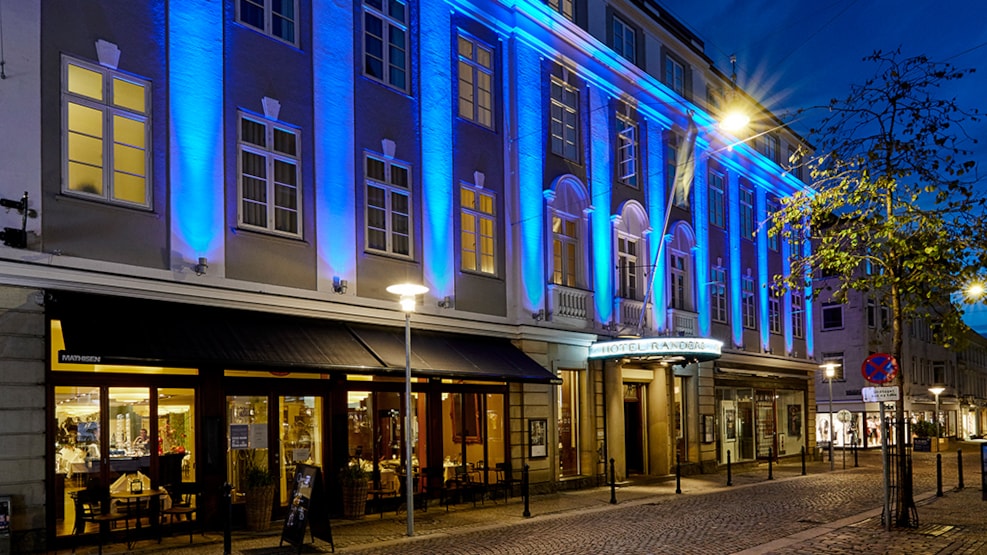 At Hotel Randers you feel at home while experiencing high-class accommodation and cuisine and has been the focus and mantra of the hotel since its opening in 1856.

The Experience of Randers

Throughout the years some of Denmark’s and the World’s most famously persons stayed at the hotel, like H.C. Andersen, Ringo Starr, the royal family of Denmark, Rufus Wainwright and Cliff Richards.

The hotel has a significant historical background for Randers. During a rebuilding in the 1970’s weapons were found. The weapons had been hidden away by the resistance men from the famous Hvidstengruppe during the 2nd world war. The hotel has in several occasions been used for movie scenes. The decoration, the original art works and the beautiful details alone are worth the visit.

In 2016 the hotel reopened after a fire in 2015. The process of rebuilding the hotel was done with great respect to both history and style in order to preserve and recapture the old charm and class that had been the trademark of Hotel Randers for decades.

The stylish brasserie Mathisen has been named after the previous owner of the hotel. The menu card offers classic Danish meals but with a modern twist, and the chef never compromises on the ingredients or the presentation. The same goes for the beautiful furnishing, which has been designed by the architects Bønnelycke and Hotel Randers.