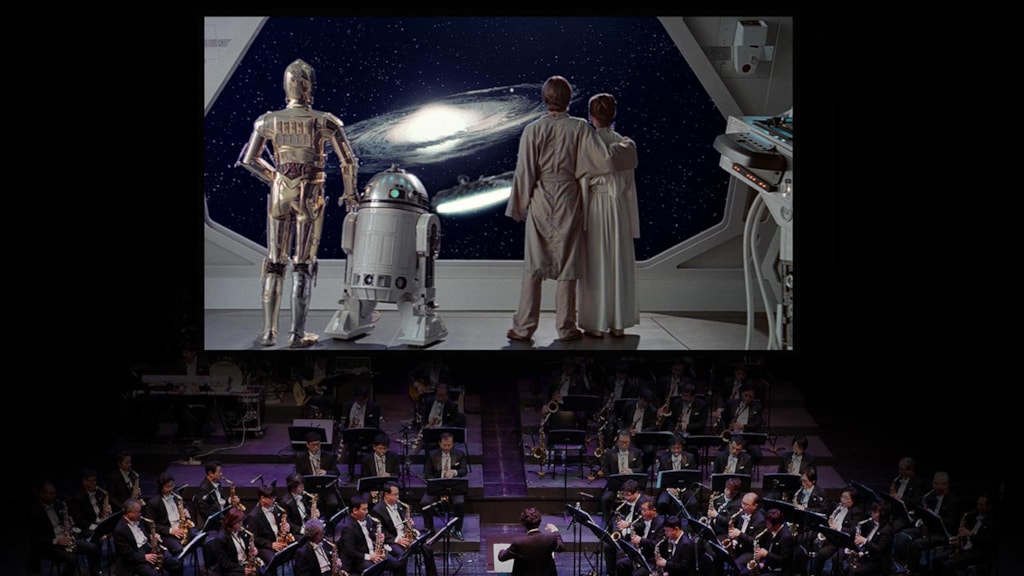 Star Wars: The Empire Strikes Back in Concert

Star Wars is one of the biggest series of movies through the history of films and now you can see the iconic characters Luke Skywalker, Prinsesse Leia, Han Solo and Darth Vader on the big screen, while Aarhus symphony orchestra plays the legendary music live in the theater.

Star Wars is one of film history’s most famous film series, and now you have the opportunity to watch iconic characters such as Luke Skywalker, Princess Leia, Han Solo and Darth Vader on the big screen, as Aarhus Symphony Orchestra plays the legendary film score live in the concert hall.

The film is shown in English with Danish subtitles and lasts 2 hours and 30 minutes including an intermission.