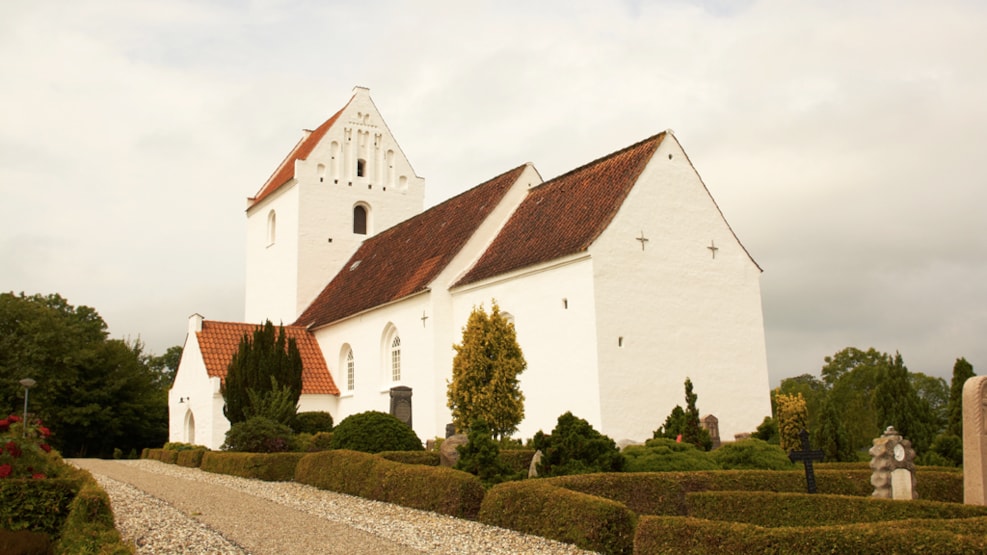 The church in Tåning is built at the highest point in the middle of the village.

From the cemetery is a beautiful view to the east beyond Tåning meadows, on to Skanderborg and to the north of Mossø against Boes and Svejstrup.

The church's chancel and nave is built of travertine in the first half af1200-year. The tower and porch is from the 14th century.

Originally, the church had a flat wooden ceiling, but in the 14th century the vaults you see to day was added.

In 1997 the church got a new organ, and a complete restoration of the interior of the church was considered an opportunity to create a color correlation thoughout the inside of the church.

For further information we kindly ask you to go to the church's own website: www.hylkekirke.dk