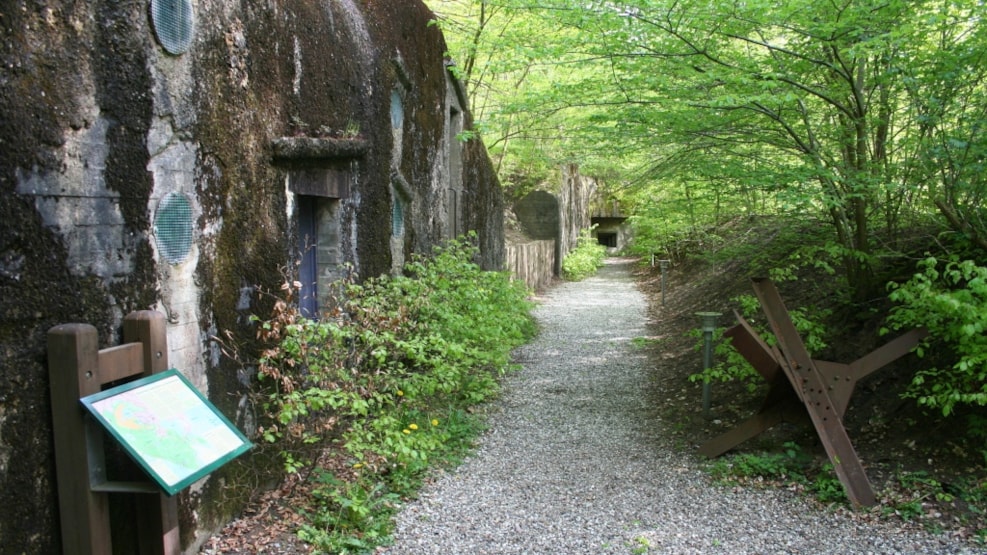 Amongst the trees of Skanderborg Forest the remains of the German air force headquarters in Denmark during World War II can be found. There are emergency water tanks, wooden houses and vague traces of barracks.

Skanderborg Bunkerne is closed for the winter, but will open again in Spring 2022.

There are also four bunkers, of which the two are adapted into museum exhibitions. The museum’s exhibitions are divided into two themes.

In one, the subject is the period of the German occupation in Skanderborg as well as in all of Denmark, with focus on the collaboration politics, daily life, resistance, and the Liberation.

In the other bunker, the exhibition topics are bunker construction, Luftwaffe activities, and a weapons collection, as well as the story of the refugee camp Sølund.

The gem of the exhibition is one of the few top-secret ENIGMA code machines used by the German military forces. The code was considered unbreakable, but the English succeeded in cracking it, and as a result, World War II was shortened considerably.