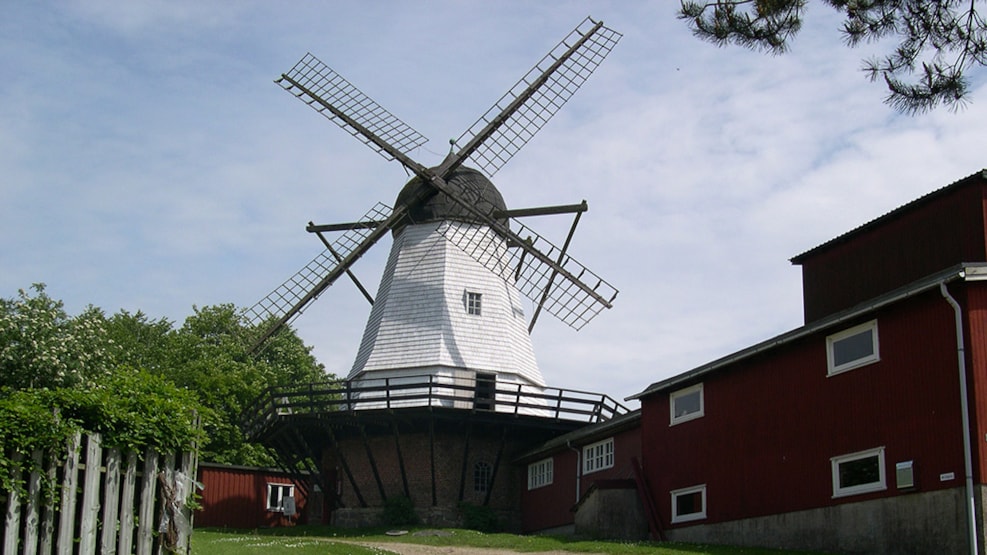 The Old Mill Museum at Gl. Rye is a local museum situated in an old windmill. Here, the local history has been exhibited since 1991.

The mill was built in 1872 on a hill at the edge of the village. It was a working mill right up to the mid 1980s. Today the mill is exactly as it was when the miller left it, and when the mill is running, it is possible to see how grain was milled in the old days.

In the Middle Ages, the town was an important centre for trade and pilgrimage. The town prospered on several annual market days, and from the shrine of saint Severinus (St. Søren). In medieval times, the town had its own jurisdiction and outlaws were executed on the gibbet hill outside the town. A female skeleton from the gibbet hill is on display in the museum.

In the late 16th century a national glass production was established in Glarbo (glar means glass). It only lasted a few decades but produced renaissance glass of which some is on display in the exhibition.

A considerable clog industry developed in the Gl. Rye area in the 19th century. In those days, more than 186.000 pairs of clogs were sold per year. In every other house in the village, a clogmaker lived producing several pairs of clogs a day. In the museum's exhibition, you can see the tools of the clogmaker and how clogs were produced.

The museum also houses a collection of the original wooden Himmelbjerg souvenirs. These local handicraft products from the turn of the 20th century are a by-product of the clog industry.

In 1935, an airfield was established south of Gl. Rye. During the occupation of the Second World War, a German airbase was established at the airfield and after the war, it was rebuilt into a refugee camp for 12.000 German refugees, mainly from East Prussia. The museum houses an exhibition based on the life of the German refugees in the years 1945-48.