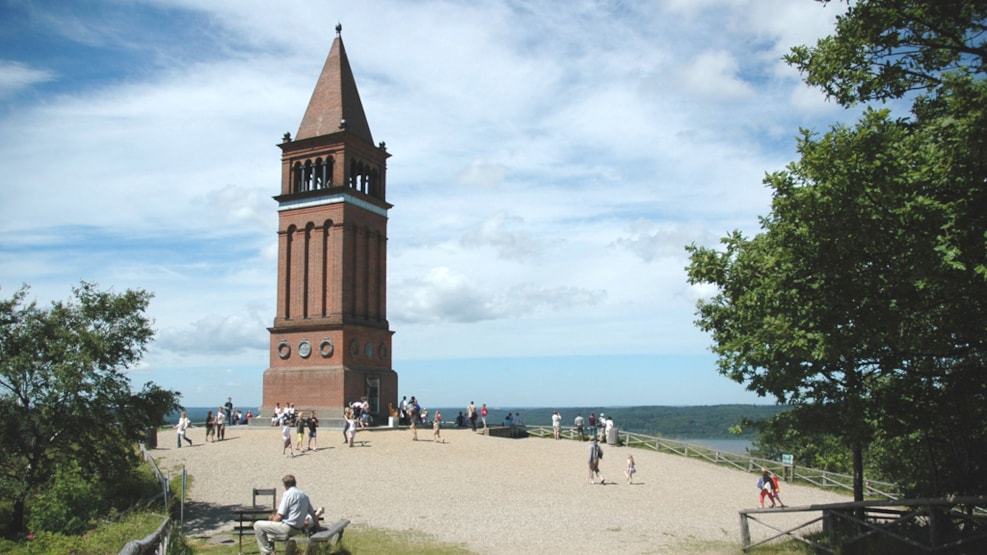 The Himmelbjerg Tower, 25 metre high, was erected in commemoration of King Frederik VII, who on June 5, 1849 gave the Danish people its free constitution. The Tower, designed by the architect L. P. Fenger, has a frieze bearing the inscription: In commemortation of the King - Frederik VII - a friend of the Danish people - the giver of the Constitution'. The erection commenced in 1874 and on June 5, 1875 the tower could be 'unveiled'. However, without part of the ornamentation, namely the King's portrait and the commemorative wreaths, made by the Danish sculptor Ring. These ornaments were unveiled on Constitution Day 1891. Since then the tower has remained unchanged.
Siturated 7 Km. from Ry