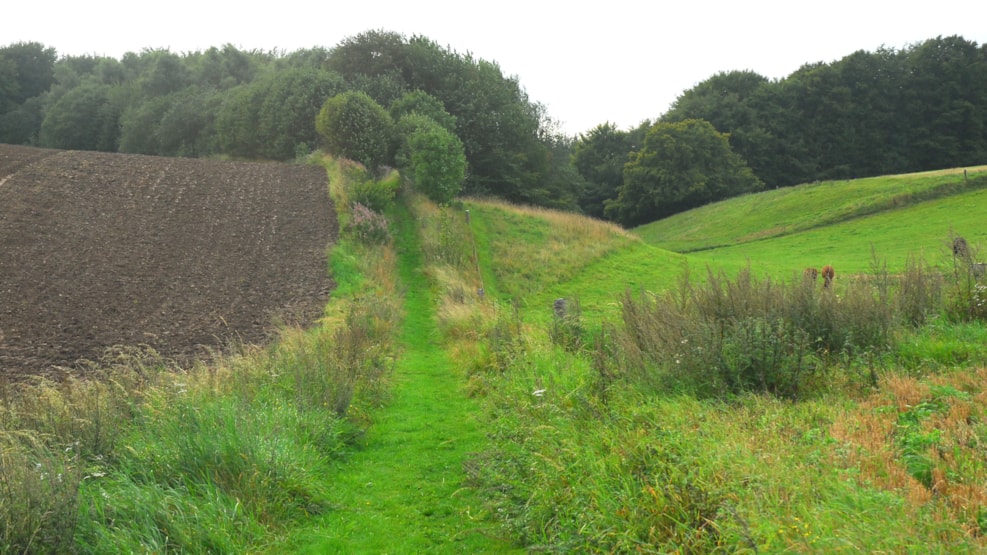 Back in the days - before there were planted any trees in the area - the softly rounded hills in Stjær, could from a distance look like sleeping bears. So maybe that's why they have come to be called "Bjønebjerge" which translated to English means "Bear Mountain".

Bjørnebjerge consists of several peaks, the highest is located on a private field south of the path you are using. Stay on the trail and enjoy the view from the top.

Most of the farms in Stjær earlier belonged to Skanderborg Castle, and by the end of 1600-century it was signed to the Skanderborg Riding District. The king sold the Riding district in 1767, and farmers in Stjær felt cheated. At the auction they had a contract with an intermediary to bid together on farms, but the intermediary sold the distric to an aristocrat. In the time after, the farmers, however, was granted an opportunity to buy the farms to the price at which they were traded for at the auction.